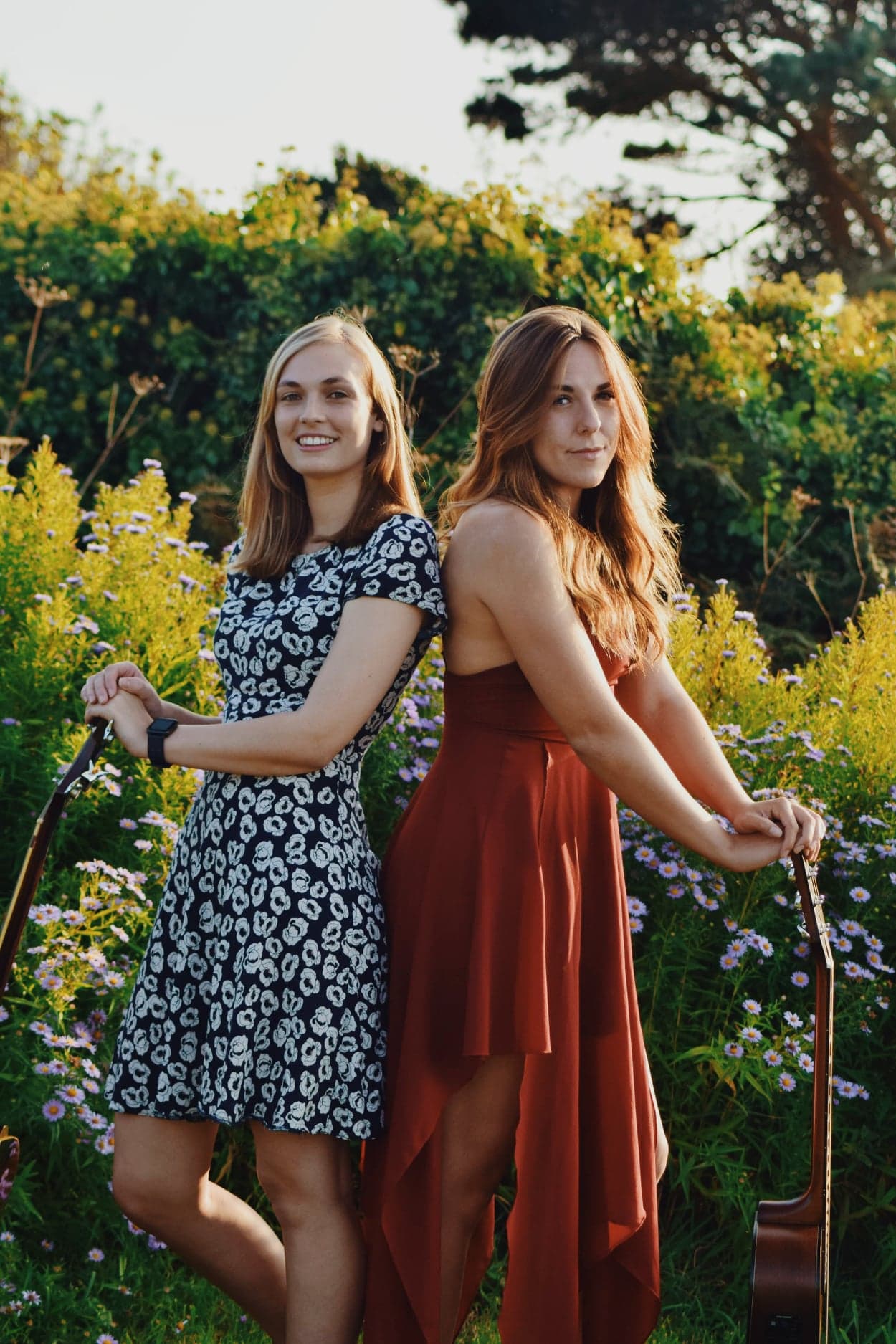 Cousins Amie and Chloe are Folk/pop duo True Foxes who blend together atmospheric harmonies to create hauntingly beautiful melodies. Their music has been influenced by artists such as First Aid Kit and Bruce Springsteen. This lyrical sound can be heard through the duo’s originals including new songs ‘Sarah’ and ‘Sunny’, which have recently been showcased on BBC radio Cornwall, Devon and Somerset.

True Foxes formed in 2019, after building up a fanbase through local open mics and social media. Since then they have been featured on radios, appeared on BBC Spotlight and performed at around 100 different venues across Cornwall and Devon including; The Eden Project, Acorn Theatre, The Plough in Great Torrington, Bodmin Jail, Lusty Glaze and festivals such as Woofstock, Boardmasters, Tunes in the Dunes, Rattler Fest and the BBC introducing stage at Porthleven food festival.