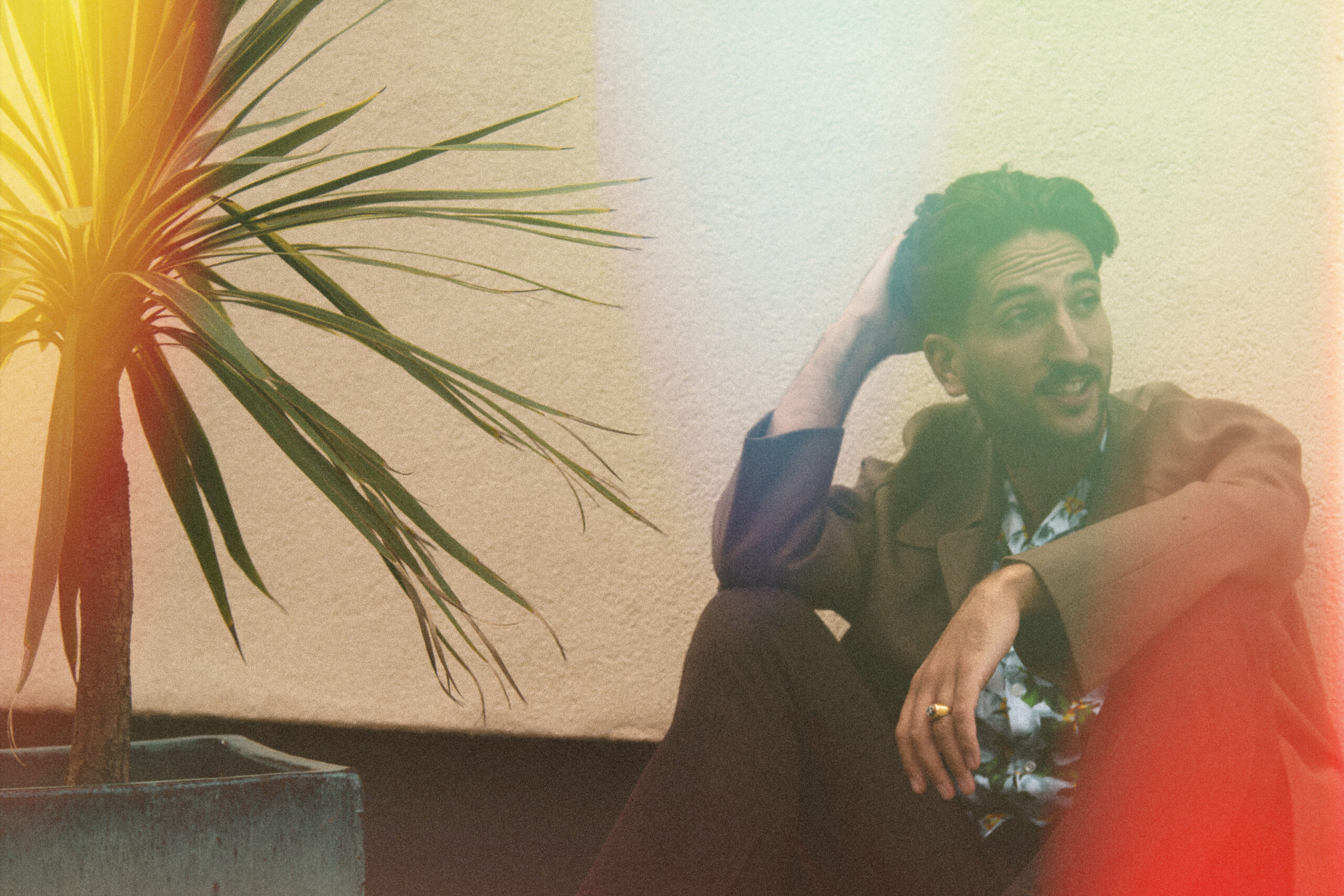 Robi Mitch is always on the go, fronting his ever-changing live band, serving up lo-fi soundscapes with samplers or solo serenades from behind a Spanish guitar. A fixture of the underground scene in Bristol for over a decade, he has toured in Taiwan, France and Germany, and is now based in Cornwall.

A folk music upbringing (Robi was named after ISB’s Robin Williamson) was followed by several formative years of fronting postpunk and garage rock bands. His musical horizons have continued to expand, and he now draws on a palette characterised by traces of 70s psychedelia and overtones from global music scenes. His experiences as a session guitarist in Taipei lend a unique quality to his sound.

Robi’s debut EP Our Year was released in January 2020 as a limited edition vinyl. Balancing laid-back production with meticulously crafted and occasionally epic arrangements, Our Year has drawn comparison to the cosmic synth-psych of Pink Floyd amongst others. There are distinctly British tones in the vocals and the jangly guitars, alongside breezy tropical flavours borrowed from Taiwan.

Over the latter half of 2020 into 2021, Robi put out a string of singles in association with Nice Guys Records and Fruit Machine, earning airplay from the USA to Korea, and spending time in Spotify’s “Fresh Finds” playlist. These songs were taken from (and set the tone for) Robi’s mini-album Future Perfect, released on cassette and digitally in April 2021.

As a lyricist, Robi plays activist, poet and philosopher, blending humour with melancholy and existential disquietude. Loki Lillistone (Bristol In Stereo), perfectly describes his musical fluidity as “timeless songwriting that unravels not dissimilarly to Cass McCombs’.” There is a certain looseness present which is hard to define but easy to recognise, and which appeals immediately to those for whom it is already familiar. Perhaps this is the essence of the quality we call “soul.”