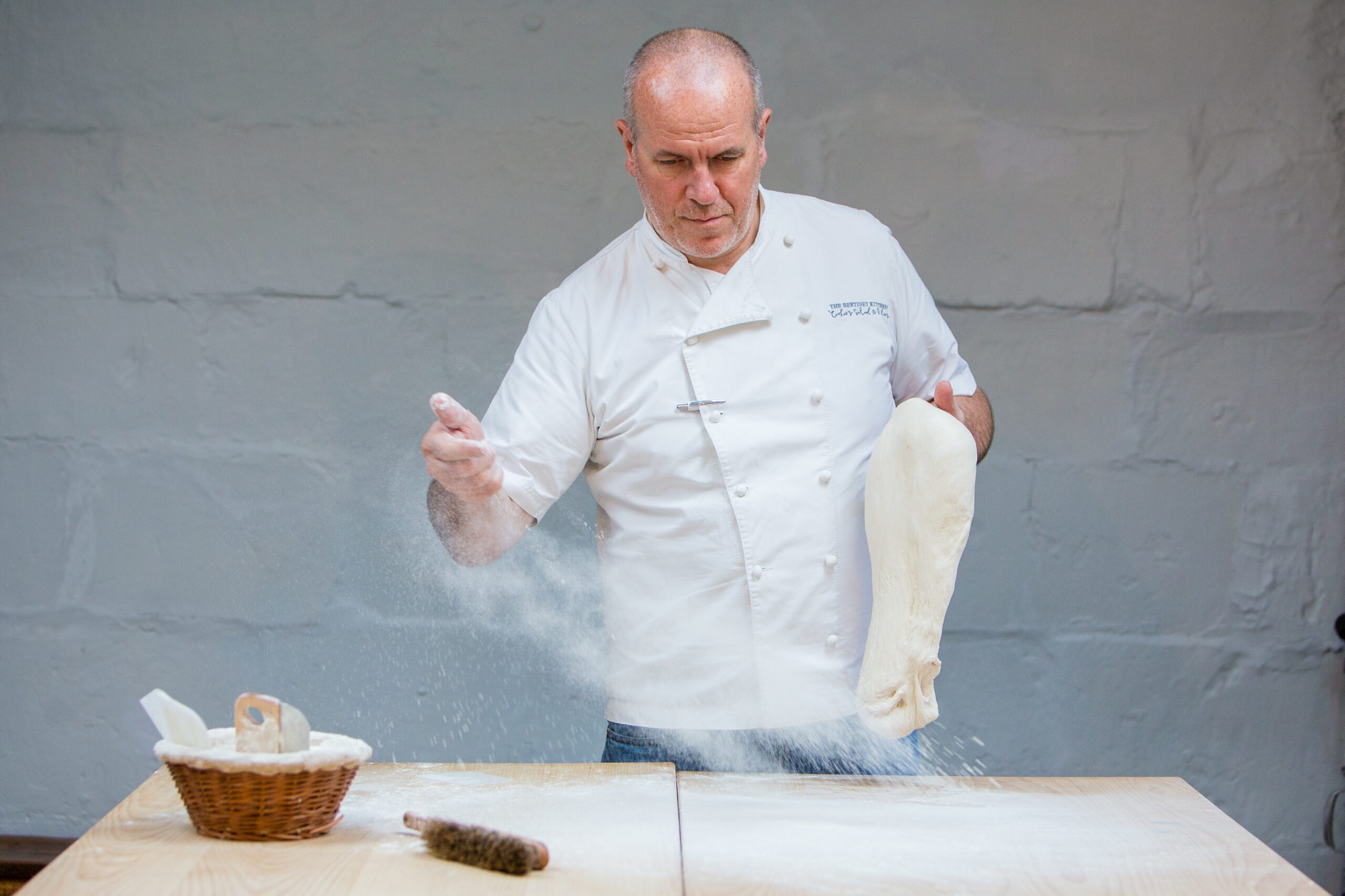 Originally trained as a baker in Brittany, Richard has been in England since 1988 and is now very much an Anglophile. With 20 years’ experience in the kitchen, baking, consulting and teaching behind him, Richard moved to Bath in 2005 to open The Bertinet Kitchen cookery school.   His classes attract customers from all over the world to come to learn to bake with him.  Richard was named as BBC Food Champion of the Year 2010 for his work on baking, he is an Academian for The Royal Academy of Culinary Arts and has been awarded an honorary degree from Westminster Kingsway college for his work with the college on baking.  He is also an Ambassador for Callebaut chocolate.

Founded in response to requests from cookery school customers and locals to buy the bread being made on classes, The Bertinet Bakery originally opened as a pop up above the cookery school in 2008. Richard’s signature sourdough loaf picked up the Soil Association Organic Food Award (Baked Goods) for both 2010 and 2011 while some of the other breads have picked up Soil Association Commended and Highly Commended awards.  The bakery now operates from 2 production bakeries in Bath and London supplying its own shop in Bath together with wholesale customers nationwide.

With his commitment to the bakery that bears his name reduced, Richard is once again able to return to a wide variety of consulting work.  With experience from small scale artisan to industrial production he is in a unique position to bring an authentic and experienced eye to your business.

Catch Richard on The Pearl Stage on Saturday 30th or

book into his bakery masterclass on Sunday 31st teaching a very special group how to ‘show the dough who’s boss!’