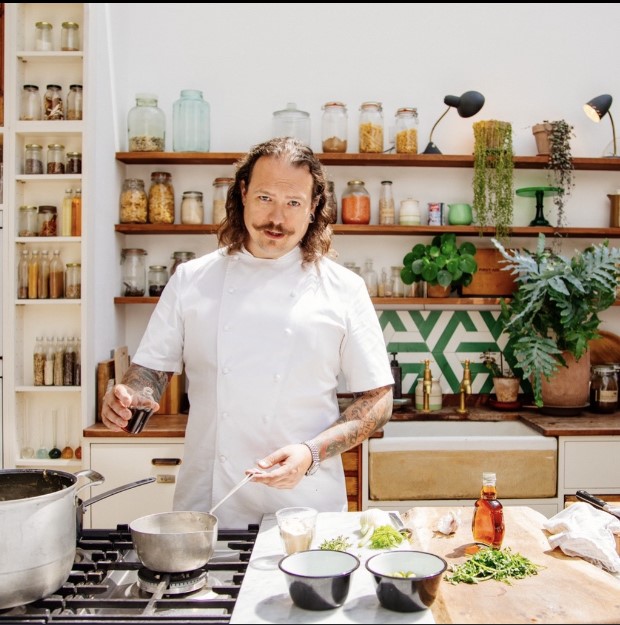 James originally trained at The Savoy Hotel. Within 3 years he had a firm grasp of classical French cooking and was offered the position as Chef de Partie at Le Caprice working under Mark Hix and later Elliot Ketley. Over 7 years his love for British seasonal produce developed as he traded truffles, foie gras and caviar for elvers, lamb’s kidneys, Dorset cockles and snipe. In 2001 he moved to seafood restaurant J Sheekeys helping to restore it to its former glory before a stint as Head Chef of the 6th floor restaurant at Soho House New York. It was his experiences in America that finely tempered his modern British style of cuisine.

Returning to the UK in 2006 James took up his current position as Group Chef Director at THE PIG Hotels where he works closely with his Kitchen gardeners and his team of head chefs. James is a fellow of the Royal Academy of the Culinary Arts. He is proud to train the next generation of chefs through the award winning PIG apprenticeship programme.